The Society for the History of Technology is dedicated to the historical study of technology and its relations with politics, economics, labor, business, the environment, public policy, science, and the arts. Founded in 1958, the society now numbers around 1500 members.

The International Committee for the History of Technology ICOHTEC was founded in 1968 and aims to (1)  establish close working relationships among specialists of different disciplines in order to foster international cooperation for the study and development of the history of technology; (2) promote the study of appropriate historical subjects by establishing and extending the scholarly bases of the history of technology as well as by contributing to the resolution of certain contemporary national and international problems.

History and Technology is a world-leading international forum for research on technology in history. The journal publishes historical contributions on any aspect of technology in any period in history but encourages research that critically analyses the concept of technology while emphasizing its importance for a better understanding of history. 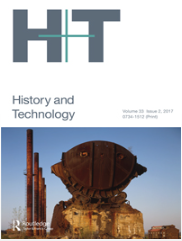 ICON, the annual journal of ICOHTEC founded in 1995, publishes articles, review essays and book reviews on all aspects and periods of technological history by members and non-members. It encourages research of a transnational character focused on global technologies and seeks to encourage cooperation between scholars across national or political boundaries.

International Journal for the History of Engineering and Technology (formerly Transactions of the Newcomen Society, founded 1920) is the flagship publication of the Newcomen Society – the oldest learned society in the world devoted to the history of engineering and technology. Contributions explore civil, mechanical, electrical, structural, aeronautical, automotive, marine, communication and chemical engineering, together with manufacturing processes, information and system engineering, and conservation issues. Subjects are treated from a wide variety of perspectives, including design, development, and use of products and processes, as well as the contribution and influence of leading thinkers and innovators. The papers emphasise how engineering and technology have historically influenced, and in their turn been influenced by, changes in the economic, social and cultural context.

HoST — Journal of History of Science and Technology (founded 2007) is a peer-reviewed open access journal devoted to the History of Science and Technology. It explores the cultural, social and political dimensions of science, technology, and medicine (STM) in history across the world. Since 2019 it is published twice a year (June and December). Each issue typically includes four to five research papers and three book reviews. HoST was founded in 2007 and since 2016 is published by De Gruyter/Sciendo. For back issues published until 2014, see johost.eu. 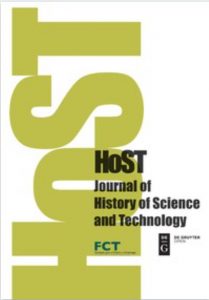 History of science and technology is published since 2011 by the State University of Infrastructure and Technologies in Ukraine.

Foundation for the History of Technology, Eindhoven (the Netherlands)