"Networking Europe" was a thematic research network under the ESF Network of Excellence Tensions of Europe. It ran from 1999-2005. 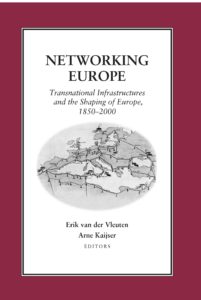 The working group built a research network and a research agenda to investigate the construction of Europe as a nework society, i.e. as a society shaped in interaction with the development of network technologies ('transnational infrastructure'). In this exploratory project, we particularly focused upon the conceptual and empirical study of transnational linking (or non/delinking) of infrastructure networks. In order to avoid a more or less determinist perception of infrastructure growth as an automatic process, we intended to be particularly sensitive to the conflicts and tensions around these processes.

This explorative and network-building project on the history of European transnational infrastructure was later  followed by: